The Future of SF Housing Prices 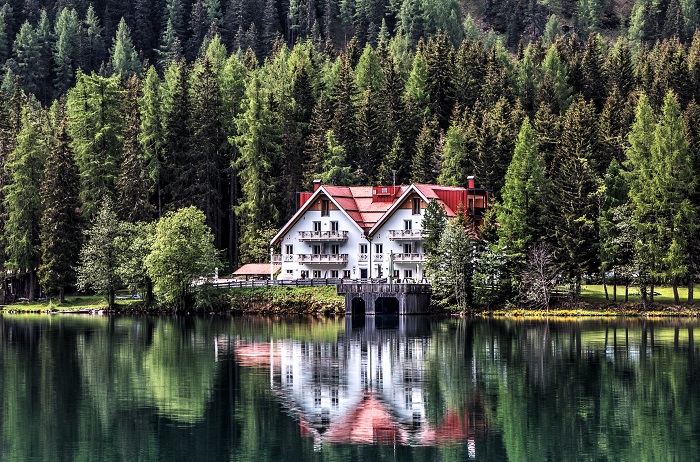 This picture has nothing to do with this article. I just like the house...

Purchasing property in San Francisco has become substantively more difficult over the past five years. There are four primary reasons for this. First, building in San Francisco has lagged behind need due to the difficulty of getting final approval to build. Second, there was a large backlog of people who did not, or were unable to, purchase in the immediate post-recession years. Third, demand has increased due to an influx of jobs in the region and in San Francisco specifically.   And finally, it should also be noted that low-interest rates contribute to rising home prices.  In all things real estate, whenever the pendulum swings very far in one direction you can be assured it will be coming back at some point.  In looking at all these things, it is important to be aware that some of these pressures should begin to abate soon.

First, let’s look at building:  Construction approval has been encouraged to speed up via an Executive Order issued by former Mayor Lee.  There are approximately 68,000 units in the pipeline to be constructed in San Francisco, which is enough to house approximately 150,000 people. It took us nearly 25 years to add the last 150,000 people, so it should be obvious that such is an extensive amount of housing.  There is one mitigating factor though: if developers do not feel they will meet their monetary goal on a specific project, they delay the project.

About our market that could not buy post-recession:  those who were stymied from purchasing a home from 2008 through 2012 created a backlog of four or five years of buyers. We have now had about five years to work our way through that market segment.

As far as employment goes, and specifically looking at tech employment, due to the high cost of living in San Francisco many tech companies are focusing on opening additional headquarters elsewhere. That said, the employment outlook in San Francisco is still very good. At this writing, San Francisco unemployment is at 2.9%. Unemployment at this level causes rising wages which can lead to higher housing costs.

And finally, the days of low-interest appear to be drawing to a close, though it will still be a few years before we are at a historical average mortgage rate.  The Fed plans three rate hikes in 2018. With interest on a 30-year mortgage at about 4%, it is fairly certain that we will be just shy of 5% by the end of 2018. Should the economy continue to do well, further similar rate hikes by the Fed can be expected. The average 30-year fixed mortgage in the United States based on data collected from 1971 forward, indicates an average of 8.25%.  Focusing on the last 25 years, which eliminates the blip of the absurdly high inflation/interest rates of the 80s, makes more sense though it still includes the recession. By concentrating on the data going back through 1992, we find that the interest rate averages about 6.13%. I would suspect, then, that such is the rate that we will be returning to. Those that know more than I do about such subjects envision that occurring sometime in 2020.

All of these things have blended together to cause the run-up that we currently have had in real estate, specifically in healthy major metro areas. Those same effects are beginning to be simultaneously mitigated. Although I do not foresee a drop in prices, it is likely that the era of homes being on the market for only 14 days may be ending. Depending upon location and product, San Francisco real estate has been going up anywhere from 5% to 10% per year. This is far outpacing inflation. For this reason, I think that housing appreciation will return to a normal 3% to 5% per year in the relatively near future.  Again, no bubble, no drop, but a simple market normalization, though with higher interest rates.

iBuyer companies are heading for the exits. In major shakeups across the industry, Redfin, Zillow, RealSure have exited iBuying leaving Offerpad and ...Read More

HOME EQUITY FUELS YOUR NEXT HOME